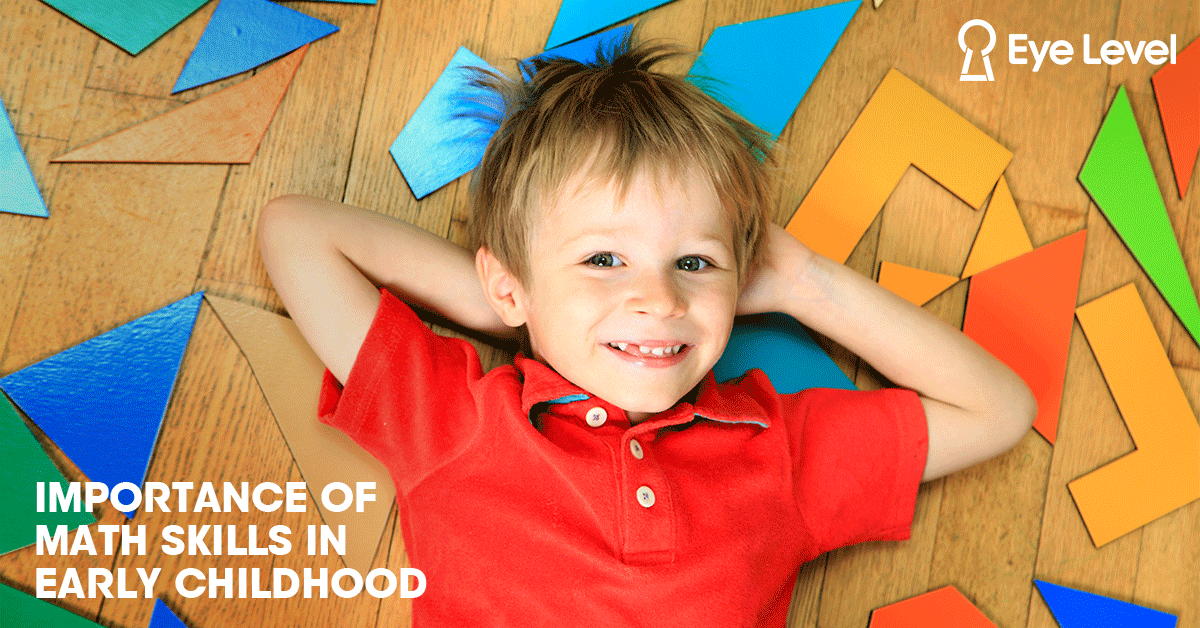 “If you can’t explain it to a six year old, you don’t understand it well enough yourself.”

One wonders why would a renowned genius scientist, Albert Einstein need to equate all the knowledge in the world with the understanding of a six year old child. Is it because he was prone to his own eccentricities or did he actually have logic involved in this saying? The answer is simple. Learning occurs step by step. If the first few rungs are faulty, one cannot hope to climb the ladder without tripping or imbalance. If the basic fundamentals of the question “What” are unclear, one may forget the answers to “How” or “Why” of things.

It is therefore, imperative for the foundation to be strong, the first few steps to may be slow but to be sure before establishing higher structure, both in architecture and in learning. Arithmetic, one of the most important skills one can acquire, requires an early presence in a child’s life. A common misconception makes one to believe that arithmetic is significant only after the formative years of one’s life, which is an erroneous belief, since recognizing patterns and precedents from an early age is also a part of arithmetic and one of the few ways to instill confidence in young students.

Myriad experiences in a child’s formative years set the tone for the relationships that a young being may have, with oneself and the society. Exposing children to arithmetic patterns may encourage a lifelong friendship between the apparently difficult subject and the child. Usually, the parents and the teachers put emphasis on language and motor skills development during the early years, but studies have shown that putting reasonable weight on arithmetic may have long term benefits of increased cognitive function in children.

Students may comprehend the use of numbers, basic geometry, patterns, imitation if they are revealed the idea of arithmetic from a young age. After all, children are more perceptive than we believe.

Exposing children to more relatives than immediate family lets the child decipher that there are more than two people (parental units) whom they can ask for help by crying or screaming (as children usually do) In an attempt to let the children know that they are loved, an opportunity to learn the arithmetic skill of “more” or “adding” is also put in the consciousness of the child.

In another instance, asking a toddler to take out toffees from a jar using only one hand can also have the same result. The child, in an attempt to take as many toffees, would take more than the mouth of the jar would allow to be taken out. So, to take at least a few toffees, he/she would have to let go of few toffees in the jar itself to allow his/her hand to come out. This may also teach the concept of “less” or “subtraction” to a child in a practical way.

One may not term these ideas as Arithmetic skills, but in reality, these examples would teach the toddlers basic arithmetic on its own, without much effort.

Revealing basic patterns to children too may initiate an ease in handling arithmetic. Allowing children the sensations of touch through various blocks, moulds and books may help them decipher shapes and outlines, therefore identifying a triangle as different from a circle. Also, while learning counting, a general gesture of putting index finger and middle finger together constitutes the number recognized as two. Showing them that ring finger and thumb put together also constitutes two, exposes them to a world of wonder, which is also indicative of various ways to solve a single problem (a significant part of mathematics). Using this technique would not only involve the basic thinking skills of children, but also engage critical thinking skills and breaking pre conceived notions of monotony ( in this case, index finger and middle finger usage to indicate the number two). This technique is called Conservation of numbers.

This exploration may allow a basic concept to be solidified in a very young age. Another scientifically proven method to increase arithmetic skills exponentially is through a step by step guide of Basic Thinking Math and Critical Thinking Math, which is provided extensively by Eye Level Math Program. In a revolutionary method to evolve Math skills from basic to complex, Eye Level Math deals with Mathematics in two modules, Basic Thinking Math (BTM) and Critical Thinking Math (CTM) which as per the convenience of the students, is available in both online and offline modes. In an effort to merge human intelligence with path breaking technology, Eye Level Math encourages learning through the best qualified professionals, wonderful booklets and well adapted technology, suited to the needs of the pupil’s interest and learning level. The Basic Thinking Math (BTM) Curriculum has Arithmetic, Variable and Equations, Measurement, Geometry, Probability and Statistics as its core area of pedagogy (available in both online and offline mode). The Critical Thinking Math (CTM) Curriculum (which is only available in the offline mode) lays emphasis on Problem Solving, Reasoning, Spatial Sense, Relationships and Functions and Reasoning skills to build confidence in students.

To ensure that a young child may have all suitable material to engage, play and learn, Eye Level Math Program uses the best tools such as Thinking Pentos, Thinking Cubes, Thinking Bricks, Mirrors, Clear paper and various types of blocks for students of Age 3- 14 to connect with various teaching aids visually, tangibly in an attempt to learn arithmetic in a fun and holistic manner.

Sounds fun? Enquire about the Program at your nearest Eye Level Learning Centre at the latest!